In a business world where options are endless, it’s important to have an edge on competitors. And no matter how new a business is, rebranding is always worth considering. So, when might it be time to rebrand?

1. Are competitors starting to look more and more similar to your business?
Consider rebranding. It’s important to stand out to your consumers. There should always be a distinct reason that consumers choose one company over another and rebranding a company can be the perfect way to differentiate one business from another.

2. Has it been a while since the company has seen change?
Do consumers think of the same company they knew 20 years ago today? Maybe it’s time to update the company’s brand. Why did Barnes & Noble surpass Borders in the bookstore market? Because Borders didn’t adapt to society’s advances, like on-demand books, resulting in loss of customers and eventually its foreclosure.

3. Has there been a company merger/acquisition or name change?
According to branding expert Arek Dvornechuck, company mergers/acquisitions are a top reason to rebrand. Take AT&T for example. SBC Communications Inc. acquired AT&T in 2005 and became AT&T Inc., officially consolidating the ownership of Cingular Wireless in 2006. The acquisition and consolidation required a rebrand for the company so ensure consumers understood what kind of company AT&T shifted into.

4. Is there too much negativity internally or externally?
Arguably one of the best rebrands in history is that of McDonald’s. With negativity swarming the fast-food restaurant’s nutrition, or lack thereof, it was time for a change. So, McDonald’s underwent a full rebranding concerned with its menu and ingredients to create the perception of a health-conscious chain in consumers’ minds.

5. Does the company want to be known for more than what they are now?
A great example of a company rebranding, for this reason, is IHOP, or International House of Pancakes. This temporary rebrand to IHOB (International House of Burgers) was designed to advertise that IHOP has far more than pancakes on its menu, actually. The temporary rebrand proved to be a success by quadrupling its burgers sales after the name change, as said by CNBC.

Consumers are always concerned about the product or service a company has to offer, but they are also concerned about who the company is. Give your business the edge it deserves with a rebrand. 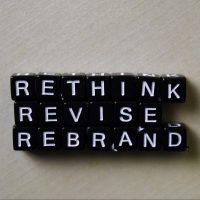