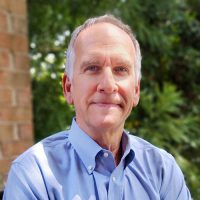 As an account management professional for over 25 years, Cory has directed marketing communications programs for Fortune 500 companies, federal government agencies, major healthcare companies, top education institutions, and many others. He also has considerable expertise in direct response marketing, gained and honed at top international agencies.

In addition to managing Channel’s account services, Cory oversees media strategy and research programs. He graduated from Michigan State University with a degree in advertising.

While not managing client programs, Cory likes spending time with family, an occasional round of golf, movies, Thanksgiving, and anything that keeps him near the ocean. 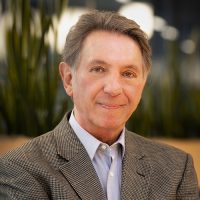 David is one of the leading branding and design authorities in the Baltimore/Washington, DC area, with decades of experience in identity development, marketing strategy, and brand communications for clients in every major industry. He has served as president of the Washington, DC Chapter of American Institute of Graphic Arts (AIGA), and has also served on the Board of Directors of the Art Directors Club of Metropolitan Washington. In addition, he has judged national design competitions and has served as a part-time faculty member at several colleges.

David has received numerous awards for design and art direction and has been featured in Communication Arts annuals, Print magazine, AIGA publications, Graphis magazine, and others. He holds a BFA in Communications Design from Pennsylvania State University. In 2004, he received the Alumni Achievement Award from the university’s College of Arts and Architecture. In 2009, he received the AIGA DC Fellow award for his longtime contributions to the Washington, DC design community.
In his spare time, David is an avid golfer. He’s as fluent as anyone in birdies, bogeys, and backswings. 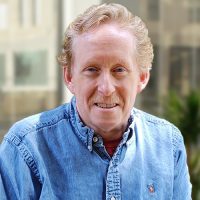 Rick is our resident master of all trades, with 20-plus years of experience in account services, media, traffic, and production. As account supervisor, Rick oversees several of our largest and longest standing clients—who became that way in no small part to his stewardship. And he has an impressive record of managing household-name national accounts at previous agencies.

He received his degree in journalism and mass communications from the University of Northern Colorado. At home, Rick enjoys spending time with his wife and family, tinkering in the garage, and puttering in the yard. 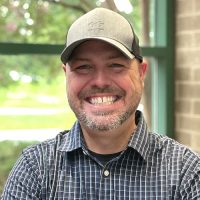 Jonathan brings a wealth of design knowledge and conceptual virtuosity to Channel. His work has been published in many design publications and has won a multitude of awards. That’s why he’s responsible for overall design and art direction, hiring and directing photographers and illustrators, as well as directing and managing designers on the creative team.

Jonathan received his Bachelor of Arts degree in Graphic Design from the University of Maryland. When not chasing design perfection, he can usually be found chauffeuring his two daughters to softball practice and serenading his wife with his guitar. 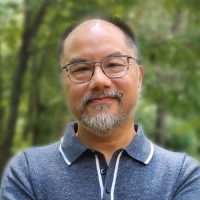 For over 20 years, Mike has been creating successful marcom concepts and campaigns for regional, national, and international clients. At Channel, he is immersed in copy development, branding strategy, positioning, and deep-dive research. He’s won Addy, Telly, Vox, and other awards over his career.

Mike holds a degree in integrated marketing communications from Northwestern University. He spends his evenings and weekends making his wife and son laugh, and rooting for the Chiefs, Grizzlies, Crimson Tide, and other sports teams in flat, agricultural parts of the country. 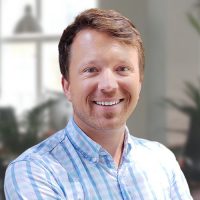 Dan oversees day-to-day account management services for many of our clients. He coordinates all social media marketing programs, handles marketing metrics, analytics, and reporting for Channel. Dan spends much of his time digging through Google Analytics, managing Google Ad campaigns as well as building and monitoring ads across social media.

Dan received his Bachelor of Science degree in sports marketing & media from Full Sail University. Away from the office, Dan loves spending time with his family and friends, working in the yard and taking on home DIY projects. 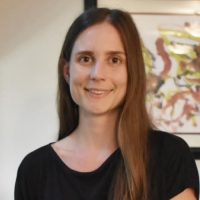 Brigitte is another multitalented member of our team, helping to bring ideas and concepts to life and providing yet another reason our clients are glad they hired us. She is a master of the Adobe Creative Suite and other creative and production software applications.

Brigitte received her degree in graphic design from the University of Hawaii, where she was also a member of the university golf team. She has been with Channel team since 2017 and spends much of her free time hiking, camping, rock climbing, biking, hunting mushrooms, and enjoying the great outdoors. 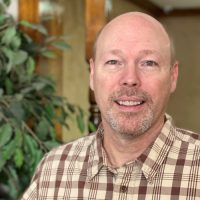 Greg holds a Bachelor of Science degree and Master of Science in Administration from Southeast Missouri State University. While he isn’t pursuing leads and analyzing prospective markets or clients, he’s enjoying the outdoors. He often spends his free time traveling with his family, training Labrador retrievers, hunting or fishing.