In case you missed it, in late December of 2022, the U.S. House of Representatives Committee on House Administration announced that it is banning TikTok from all House-managed mobile devices over security concerns. The announcement was made just weeks after the Senate’s decision to ban all federal employees from downloading or using the app on federal government devices. The wave of bans goes even further, with individual states, including Maryland, banning the app from all government devices. How will the bans affect brands, marketers, and TikTok users?

WHO WILL BE AFFECTED?

It’s unlikely that these Senate, House, federal, and state-level bans will have an immediately noticeable effect on 62% of TikTok’s userbase, those between the ages of 13 and 30. Unless the proposed nationwide ban of the app occurs, the majority of its userbase will likely continue using the app on a daily basis, regardless of security concerns. While it’s still too early to see the impact these bans will have on TikTok’s popularity, brands that are considering or are currently marketing on TikTok will need to determine if the news of these bans constitutes a risk for their brand image and perception.

Will your target audience react negatively to advertising on TikTok? Does using a social media platform that has been described as “a nation-wide security risk” align with your brand image? Since the news of these bans broke, brands that identify as trustworthy, secure, transparent, or ethical are likely to be the first to question their next steps. Furthermore, brands that have close ties with government departments, branches, or employees have likely already felt an impact.

On the other hand, those in the business-to-consumer industry, especially those with a target audience of young adults, teenagers, or adolescents, may not be affected by this news at all. After all, 67% of U.S. teens say they use TikTok, while 16% access the app “almost constantly”.

WHAT ARE TIKTOK USERS CURRENTLY SAYING ABOUT THE BANS?

In short, the majority doesn’t care about TikTok’s data collection policy or security concerns. In fact, those in support of TikTok’s continued use have responded by asking: “What is TikTok doing that Google, Twitter, and Facebook aren’t?” While this may seem like a rhetorical question at first, FBI Director Christopher Wray has directly answered it. Wray testified, stating that “[TikTok could] control software on millions of devices, which gives it an opportunity to… technically compromise personal devices.”

It’s no coincidence that we’re seeing these bans sweep the nation shortly after TikTok has proven Wray’s concerns are well-founded. Channel has chosen two articles that provide a wealth of information and detail about TikTok’s ability and willingness to compromise personal devices: Forbes reports TikTok is monitoring the physical location of certain American citizens, and BuzzFeed News reports US user data has been repeatedly accessed from China.

Furthermore, the defense of TikTok provides an accurate synopsis of the normalization of tech companies, specifically social media platforms, capturing personal user information over the years. This normalization has worn down any expectation of privacy, security, or control over personal data. Perhaps this is the final realization of this normalization, in which a social media app is nationally banned while users are claiming, “If Facebook has been doing it since 2004, what’s wrong with TikTok?”

As we are in the discovery phase of this process, there are no guarantees as to what we will see next. Possibilities range from a nationwide ban of the app to its reinstatement on government devices. In the event of a nationwide ban, ideally your brand would have exited the platform before the general populace has a negative connotation of the app.

Realistically, though, TikTok is currently one of the most popular social media platforms. Many brands rely on reaching their target audience directly through the platform, so opting out of TikTok is simply not an option. Consistent and agile evaluation of your brand perception and image will be of greater importance to remaining on the same page as your audience and ahead of the curve within your industry (Channel discusses brand perception and evaluation in a recent article, here).

Channel has mentioned this in previous articles, but it warrants repeating: a comprehensive privacy protection regulation would resolve TikTok’s security concerns as well as data collection concerns, and prevent another company from simply “stepping into its place” after bans such as these. If you are unfamiliar with the topic, both the 2018 CCPA and the 2018 GDPR provide a deep-dive explanation of this well-established solution.

Channel Communications has deep experience in creating meaningful, unique, and successful campaigns for organizations and enterprises across a wide variety of industries. Interested in seeing our work? Visit our Creative page to learn more, or call President Cory Farrugia at 410-296-0697. 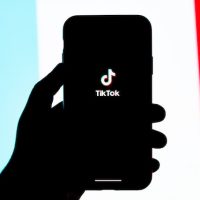